My final catch-up on past Bonhams auctions rings us up to this time last year.

It was that time of the year again and another Entertainment Memorabilia auction was looming.

There were a number of Doctor Who, Torchwood and Sarah Jane Adventures items on offer.

Most of the Doctor Who items were left over the from the previous sale in December, but this time round with considerably reduced estimates and reserves. 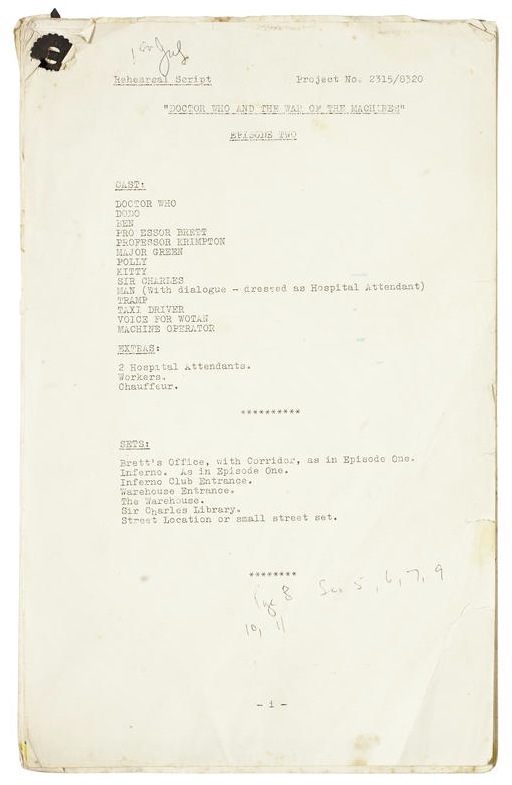