Post regeneration, the First Doctor also made a couple of cameo returns to the series for the tenth and twentieth anniversary specials.

Due to William Hartnell’s ill health, he only appears in a brief black and white filmed insert and via a video-link on the TARDIS view screen.

This makes it is near impossible to accurately confirm the costume he wore, so I am therefore using the publicity stills taken at the time as sole reference 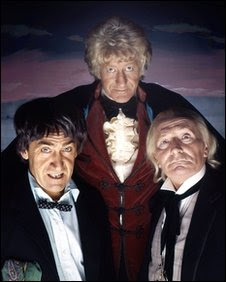 NB. The Doctor wears a monocle on a chain around his neck 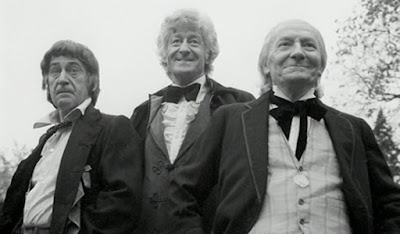 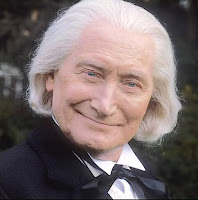 Now played by Richard Hurndall, the First Doctor appears in a somewhat idealised costume, which in reality is quite far from William Hartnell’s version - the gloves are unique to this interpretation of his attire 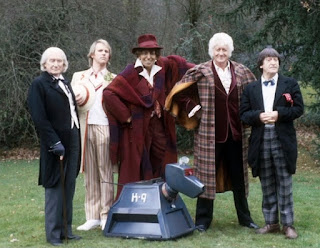 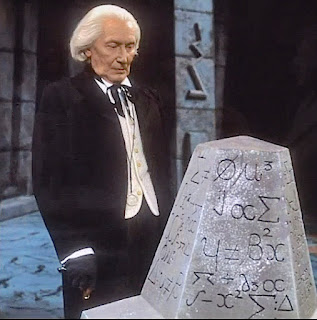 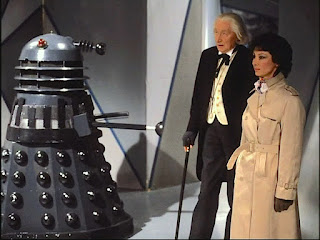 NB. The Doctor carries his walking stick, has a monocle around his neck on a chain and wears fingerless grey wooden gloves

Posted by Steven Ricks Tailoring at 10:35